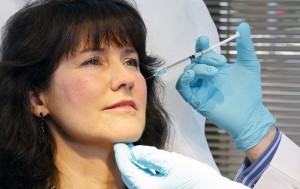 Botox® Cosmetic (onabotulinium toxin) is a prescription medicine which is used to soften or reduce the appearance of moderate to severe lines and wrinkles. Typically it is used on what are termed “lines of facial expression” or “lines of motion” or “dynamic lines”. Commonly patients desire to diminish what they perceive to be a “tired” or an “angry” or an “aging” appearance, although in some cases it is possible to also give a bit of a “lift” to the eyebrow or forehead area as well.

Botox® is considered a neuromodulator and it works by blocking nerve signals to the muscles on which the Botox® attaches. This causes those muscles to not contract or move for a period of time during which the appearance of these wrinkles or lines is typically significantly diminished. After a period of time – typically three to five months (although your results may vary and be shorter or rarely longer) this effect disappears and the nerve impulses will once again cause the muscles to contract. Retreatment is then required to block the muscle contraction again (although in some cases the muscles may weaken from disuse and the lines that these muscles produce may not appear as severe or deep). 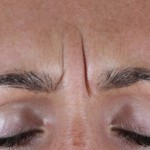 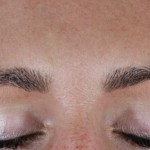 Botox® treatments are injected using a tiny needle into the muscles by a physician or skilled nurse injector. There is both a technical component to this treatment (the dose, where to inject, how much to inject, etc.), and there is also an artistic component so that the results obtained are both the most natural possible and also last as long as possible. While some patients prefer the “frozen” look with no movement, we prefer to create a more natural look however we can tailor your treatment to your preferences.

Originally approved for treating the frown lines between the eyebrows (called glabellar frown lines or sometimes called “eleven lines” since they look like “11”), Botox® is widely used for other anatomic sites such as crow’s feet and forehead lines. You will need to discuss these off label indications and treatment areas with your injector as well as whether Botox® is both cosmetically indicated and also that there are no medical issues which would make you an unsuitable candidate for Botox® before you are injected. So please be sure to give an accurate answer to any questions about your goals for treatment cosmetically as well as answering any questions about your medical history during your pre injection consultation and medical evaluation.  Many cosmetic dermatologists use Botox® for certain areas around the mouth; however, there are significant pros and cons.  Typically, Dr. McDaniel advises against many of these areas—but selected patients may benefit from treating these areas. 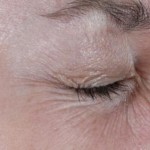 After your Botox® injections you can typically expect to have a bit of temporary swelling at the injection sites. Transient bruising is not uncommon (we have several techniques to try to minimize this). Slight tenderness may also occur and occasionally a mild transient headache may occur (note that reduction in headaches including some migraine headaches may be observed, but this is not currently an approved indication for Botox®. There is very active research in this area to determine the benefits and optimal dose and technique and we hope to see this become a valuable new use for Botox® treatment in the future.

Botox® can also be used for treating certain types of neck lines (the rope like vertical lines on the middle of the neck). Some cosmetic dermatologists and surgeons like to treat various areas around the mouth – although some side effects such as difficulty drinking through a soda straw, difficulty using snorkel/scuba equipment and some other undesirable changes in facial expression are more common even in experienced injector’s hands and so the decision to treat in the area around the mouth requires informed and thoughtful consideration (the fine lines of the upper lip are more commonly treated).

Botox® Cosmetic has been designated onabotulinum toxin A and Dysport® is called abobotulinum toxin A by the FDA in order to indicate there are very small chemical differences in these two forms of the drug. It is important to appreciate that the number of units of Botox® does not equal the same number of units of Dysport® and thus a conversion factor must be used by the injecting physician or nurse when changing between Botox® and Dysport®. The maker of Botox® also produces Juvéderm® and the maker of Dysport® produces Restylane® and Perlane® and these injectable fillers are commonly used for non-surgical skin rejuvenation in combination with Botox®.

Botox® comes in not only the Botox® Cosmetic, but also a “medical” form which is its medical form for treating excessive sweating under the arms or palms of hands (called hyperhidrosis) and a variety of other medical applications – some of which require much higher doses than the cosmetic applications and which can have more serious associated side effects which have been well publicized and which have resulted in additional warnings from the FDA to patients.

What areas is Botox® typically used for?

The forehead, crows’ feet, and glabellar lines between the brows.  It is also used for treating certain types of neck lines.

Interested in saving on Botox® Cosmetic, Juvéderm®, Latisse® or Vivite®?  You may register at www.BotoxCosmetic.com for the Allergan Brilliant Distinctions Program where you’ll get exclusive invitations, special offers, and great savings on treatments. 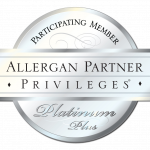 use VIP program gives additional discounts and other benefits on your next 3 treatments above and beyond any other applicable discounts (limit 1 year).  Simply speak with one of our patient care coordinators or one of our nurses to learn more!